Delhi improved its standing in the SKOCH State of Governance Rankings 2020 on the back of good performance in Health, District Administration and Urban Development sectors. Delhi’s position improved in five sectoral rankings. In the overall state ranking Delhi’s position moved up by two place to the 17th position in 2020 from 19th position in the previous years.

Delhi registered significant gains in five sectoral rankings. In Urban Development category Delhi’s position improved to the third spot in 2020 from the sixth position achieved in 2019. In Health category Delhi jumped one position to the fourth spot in 2020 from the fifth position secured in 2019. Delhi also performed well in Water, District Administration and Municipal Governance categories. Delhi is placed at the seventh position in Water, the 14th position in District Administration and the 12th position in Municipal Governance. In all these three categories no project was shortlisted from Delhi during 2019.

District Administration West Delhi has taken initiative to provide training about disaster management school students with an objective to make younger generation ready to face any challenges coming heir way in the form disasters. This is a commendable step in capacity building against any impending disasters in Delhi that shall bring in change in their daily life as they shall be more empowered and strengthened.

With an objective of early detection of breast cancer and ensuring timely treatment VMMC and Safdarjung Hospital launched an initiative called “Know Your Breast, Save Your Self”. Through this initiative the Hospital has launched a drive to encourage women to do a self-examination of breast and teaching and training of health workers and doctors in the core competencies of a clinical breast examination as a trained hand can pick up smaller breast manifestations. Several workshops have been conducted. Many lumps have been detected early and many lives saved. 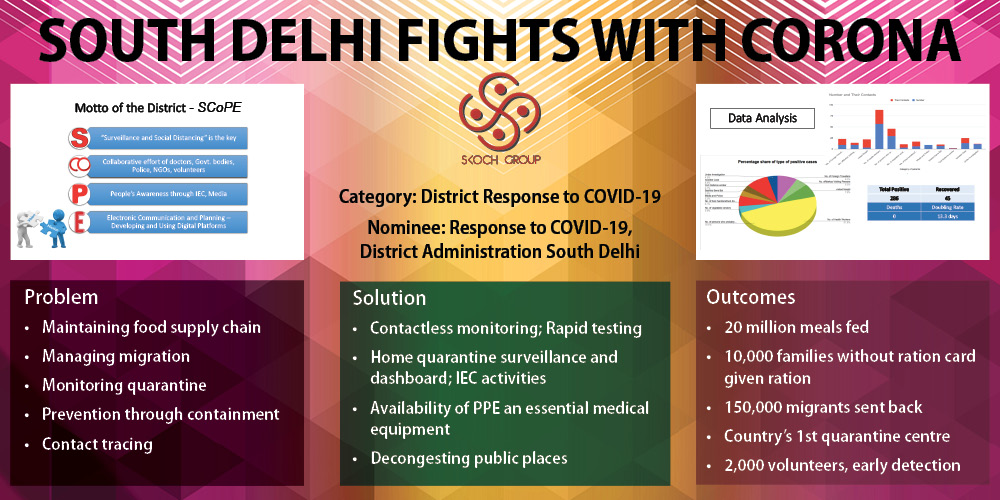