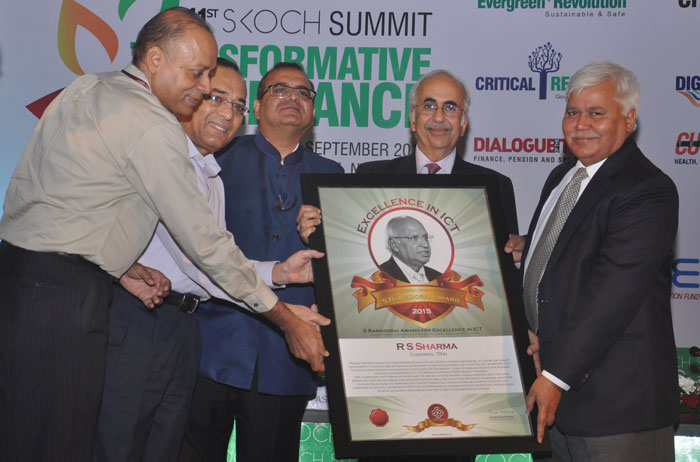 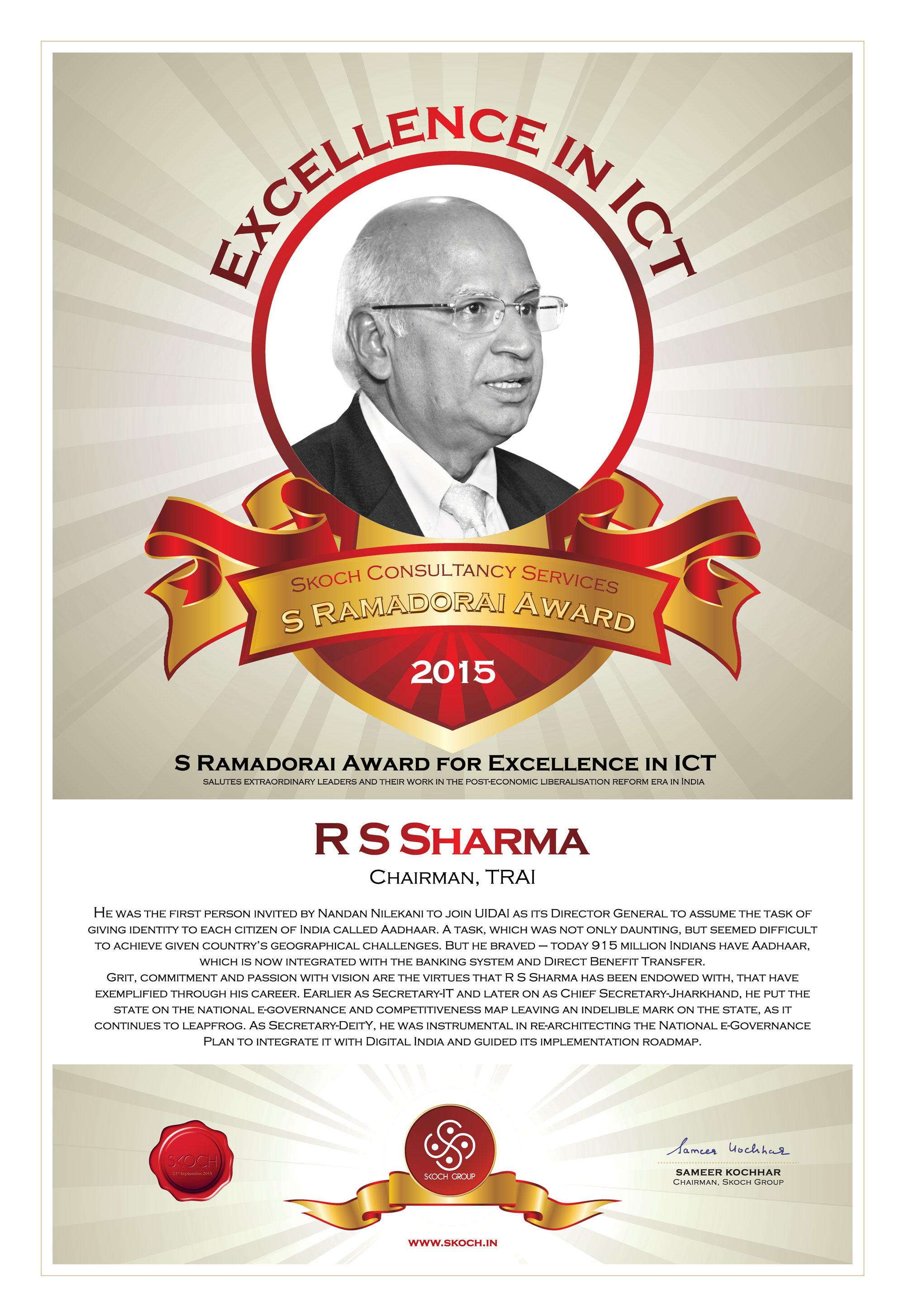 He was the first person invited by Nandan Nilekani to join UIDAI as its Director General to assume the task of giving identity to each citizen of India called Aadhaar. A task, which was not only daunting, but seemed difficult to achieve given the country’s geographical challenges. But he braved – today 915 million Indians have Aadhaar, which is now integrated with the banking system and Direct Benefit Transfer. Grit, commitment and passion with vision are the virtues that R S Sharma has been endowed with, that have exemplified through his career. Earlier as Secretary–IT and later on as Chief Secretary-Jharkhand, he put the state on the national e-governance and competitiveness map leaving an indelible mark on the state, as it continues to leapfrog. As Secretary-DeitY, he was instrumental in re-architecting the National e-Governance Plan to integrate it with Digital India and guided its implementation roadmap.